Luxury. It’s so often a word we associate with the unobtainable or at best, a rarity.

In today’s society we strive to have what we believe to be better than what we have currently. And as a result, often what we have right now is under appreciated.

A few weeks ago I met up with an ex client of mine who we’ll call Suzie. Suzie, had come to me because try as she might, she hadn’t been able to hold down a relationship for any longer than a couple of months. We worked on shifting some of her limiting beliefs around commitment through one of my programs and before she knew it, she had met a great guy and was 6 months into a solid, committed relationship.

As we sipped our lattes (OK OK you caught me out, it was wine OK, not coffee!) she shared that some of the very things she had been so desperate to have as a couple, were in fact things she now missed about being single. (I know right! You just can’t please all the people all the time! Jeez!)

A hilarious conversation ensued (aided by another glass of wine) as we uncovered some myths that single women often have about relationships. Here are my top 5!

When I was single, I thought…

“Two incomes are better than one.”

Sure, more money is always a good thing (unless you’re playing a board game where the aim is to in fact, lose all of your money) but when finances are combined, there is suddenly someone else questioning where the hell all the money goes! Suddenly, your fabulous shoe collection is referred to as an unhealthy obsession… Dude, back off. Don’t diss the shoes. *reluctantly admits she doesn’t wear half of them*

The reality is, your shopping trolley will still cover all food groups (wine, cheese, a snickers bar and the latest copy of Vouge) but you’ll just have more of said products (apart from Vouge)!

Cooking after a long day at work doesn’t suddenly seem ‘worth it’ just because there’s another human eating (and secretly judging) it. Of course there are some fabulous men and women out there who truly love to cook *I salute you* but these people love cooking so much they’d cook for themselves anyway. So this point kinda isn’t relevant to them.

Bullshit. You just watch less of what you want because he absolutely has to watch Downton Abbey!

“Spooning another human at night is better than spooning your teddy bear.”

Now, this is in fact true. But… Sharing a bed with another human has as its disadvantages too. If you managed to find a guy that isn’t a snorer, farter, kicker, fidgeter, bed hogger, duvet stealer, sleep walker, sleep talker; an owner of his own teddy bear or the guy who needs to sleep listening to Sounds of the Rainforest, Track 2 then you lucked out girl!

“I’d feel awesome about having a plus one to take to weddings and family events.”

Again, this is true. But, to quote Suzie…

“His tie clashed with my dress… And I told him not to wear the orange one!”

“He got so drunk he pinched Aunt Mauds bum because he thought it was me!”

“No one needs to see his interpretive dance to Hit Me Baby One More Time. And yet they all did.”

Here’s the reality, single life has its advantages that we sometimes overlook because we can often get caught up obsessing about what we think is missing from our lives. When I work with clients, we work on their relationship with themselves first and once that’s solid, they find that romantic relationships fall into place. Even if some of those relationships involve orange tie wearing, Downton Abbey watching or bed hogging!

So take the time today and look around for the luxury that’s already in your life. I’ll bet there’s more than you expect! And if you’d like a helping hand navigating that crazy thing called love then get in touch today! 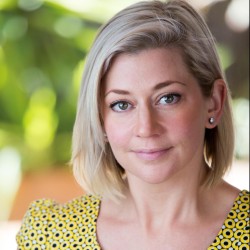 Emily Chadbourne
Emily Chadbourne is an expert in love. She has travelled the globe to find out everything she possibly could about what makes men and women tick. Now she shows others how to date, heal and have the best kind of relationship they can. Emily’s love of writing started with her love of reading as a child and as she’s grown up (if not taller) she has honed her passion of writing. She adores sharing everything she knows and finds that written word is a wonderful way to do just that. Originally from London, Emily now lives in Melbourne where she has become a self-pronounced coffee snob! She works internationally as a coach, author and speaker.