Be Cruelty Free is a partnership between Humane Research Australia and Humane Society International to call upon the government to end animal testing in cosmetics.

China is also a region where animal testing is not only practiced but mandatory. But there are loop holes. If you plan to sell a product on Chinese soil you must have it tested on animals. If you want to manufacture in China but only for expoert then you don’t have to test on animals.

Aside from the whole product debate what about ingredients that are tested on animals further up the line. When dealing with petro chemical based products the line gets blurry on whats been tested on animals and what hasn’t. I met with Hannah from Be Cruelty Free to try and get some more answers as to what’s being done in Australia to eradicate animal testing once and for all.

Hannah Stuart, Campaign Coordinator for the #BeCrueltyFree Australia campaign said, “Testing the ingredients of cosmetics like mascara and shampoo on living creatures is a completely unnecessary cruelty and it’s time Australia joined a growing number of countries by banning it. Without a comprehensive legislative testing and sales ban there is nothing to prevent cosmetics animal testing taking place here in Australia, or overseas during the development of products sold in our shops. Such bans are already in place in more than 30 countries globally, and there is now growing worldwide momentum towards ending the marketing of cruel cosmetics. A ban in Australia would be good for animals, consumers, and science, and it’s what the overwhelming majority of Australian citizens want. It’s time to put Australia on the map as a country that says NO to cosmetics cruelty. Please support us, visit www.BeCrueltyFree.org.au to voice your support for a world without cosmetics cruelty.”

“As more and more nations recognise the moral and scientific imperative to end cosmetics animal testing, those countries that continue to allow it will appear increasingly isolated. We look forward to working with Government and all parties to develop meaningful legislation that bans both cosmetic animal testing and the sale of cosmetic products or ingredients newly tested on animals abroad, thereby ensuring such legislation reflects the will of Australians and aligns with international precedent.”

Seven of Australia’s leading animal protection organisations have written to Australia’s Minister for Rural Health, Senator Fiona Nash, urging the government to bring forward meaningful legislation to ban animal testing of cosmetics and the sale of cosmetics newly animal tested abroad. In November 2014, the Australian Senate passed a cross-party motion in support of ending animal testing of cosmetics, co sponsored by representatives from the Liberals, Greens, Labor, Nationals, Palmer United Party, and Independents. This was followed by a similar cross-party motion moved in the House of Representatives by Government MP Jason Wood in September last year. Now it’s time for action, say the animal protection groups.

Read the letter in full at:

Humane Society International and Humane Research Australia from the #BeCrueltyFree campaign, Animals Australia, World Animal Protection, the International Fund for Animal Welfare, Voiceless the animal protection institute, and Choose Cruelty Free have united in their call for Australia to follow the lead of the European Union, Norway, Israel and India by banning cosmetics animal testing and the sale or import of cosmetic ingredients tested on animals elsewhere in the world. With legislative proposals under consideration in the US, Canada, Taiwan and Brazil and a partial ban on cosmetics animal testing having been adopted recently in New Zealand, the time is right for Australia to respond to citizens’ wishes by taking action to ban cosmetics cruelty.

Together, the organisations represent more than 4 million people around the world who – rightly – believe that such suffering cannot be justified for the sake of a new cosmetic ingredient when thousands of safe ingredients are already in use both here in Australia and in other “cruelty free” markets across the world. In their joint letter the groups sent to Minister Nash, they wrote:

“Prohibiting animal testing for cosmetic purposes through combined test and sales bans is fast becoming a global trend. Toxicity testing on live, sentient animals causes suffering and death in procedures that are increasingly recognised to be both outdated and unreliable predictors of human safety. It is entirely possible to produce innovative and safe cosmetics using existing ingredients without recourse to new animal testing, as demonstrated by the hundreds of beauty brands that manufacture cruelty-free products, including popular Australian brands such as Lush Australia, Natio, Australis, Natures Organics and Sukin.

The EU, India and Israel have banned cosmetic animal testing as well as the sale or import of cosmetics ingredients tested on animals elsewhere in the world. Similar legislation is under consideration in Brazil, Taiwan, Canada and the United States. As more and more nations recognize the moral and scientific imperative to end cosmetics animal testing and promote the development and use of more modern, reliable test methods those countries that continue to allow animals to suffer for the sake of beauty products will appear increasingly isolated.”

In cosmetics tests, rabbits, guinea pigs, mice and other animals can have chemicals dripped in their eyes, spread on their skin, or force fed to them in massive doses. Pain relief is rarely given, and the animals can endure symptoms ranging from swollen eyes and bleeding skin, to organ damage and death. Although it is claimed that animal testing in Australia is rare or non-existent, such claims are impossible to confirm, and there is no legislative ban on the practice, highlighting the importance of introducing a combined test and marketing ban in Australia.

There is overwhelming public support for an Australian ban. In 2013 a Nexus Research poll showed that 85% of Australians oppose animal testing for cosmetics, and both the Greens and Labor have initiated action on this topic. Indeed, as the letter to Minister Nash points out, last year’s Labor Party public consultation, which received over 13,000 submissions, found that 92% of respondents supported a full combined test and marketing ban on cruel cosmetics.

The organisations praised Minister Nash for her interest in this issue and for supporting the Senate motion, and have urged her to take the next step by proposing a combined cosmetic animal test and sale ban for Australia.

Read the letter in full here.

Australians can support #BeCrueltyFree Australia by simply visiting www.BeCrueltyFree.org.au, and voicing their support for a national ban on animal testing for cosmetics and the sale of cosmetics animal-tested abroad.

Be Cruelty-Free Australia would like to thank the following Australian cosmetics brands: 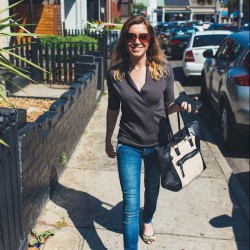 Belinda Hughes
Editor of Natural Beauty Expert and a professional beauty therapist who is passionate about natural and organic beauty products. Belinda will help her followers navigate their way around what natural beauty is and the best way to get it. Expert advice combined with the hottest trends.